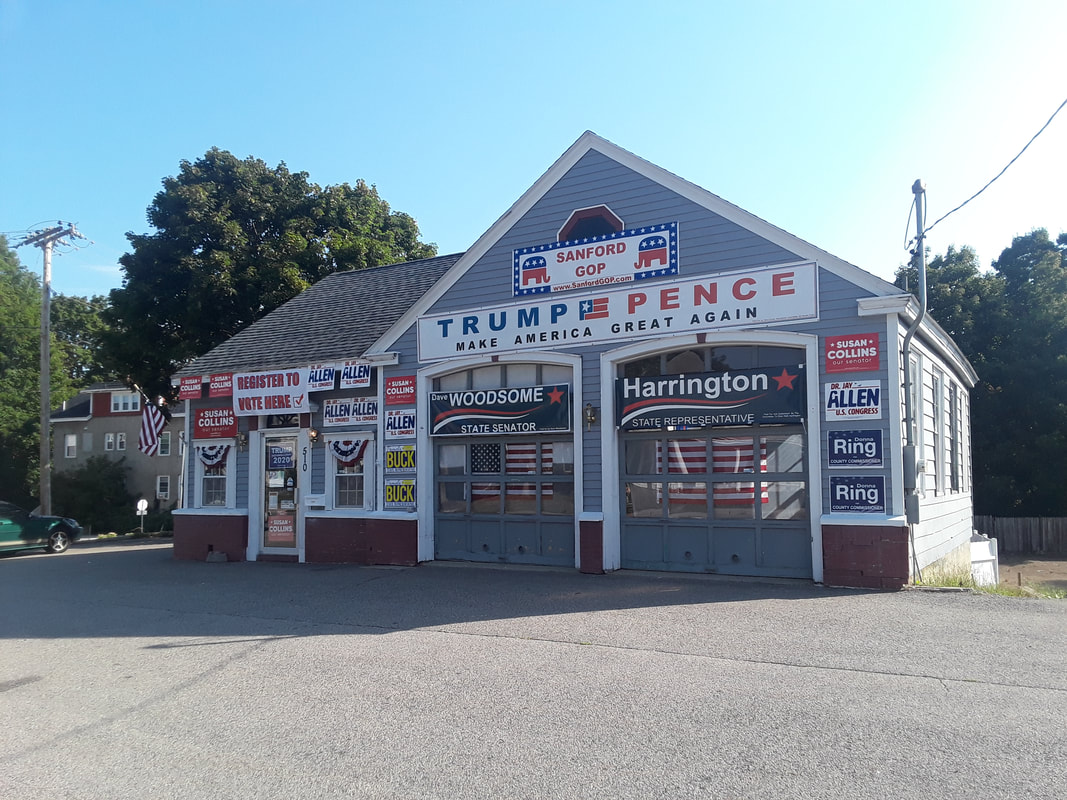 Come join us and meet your fellow Republicans and the folks who are running for office locally and from across York County.
Leaders from across the State will be on hand for you to speak to. Representatives of the Trump campaign will be available as well as the Sen Collins campaign!
Food and adult beverages available free of charge.
There will be live entertainment too!
Lots of Trump Gear available!
Please attend this great event!! A fun time is promised for all 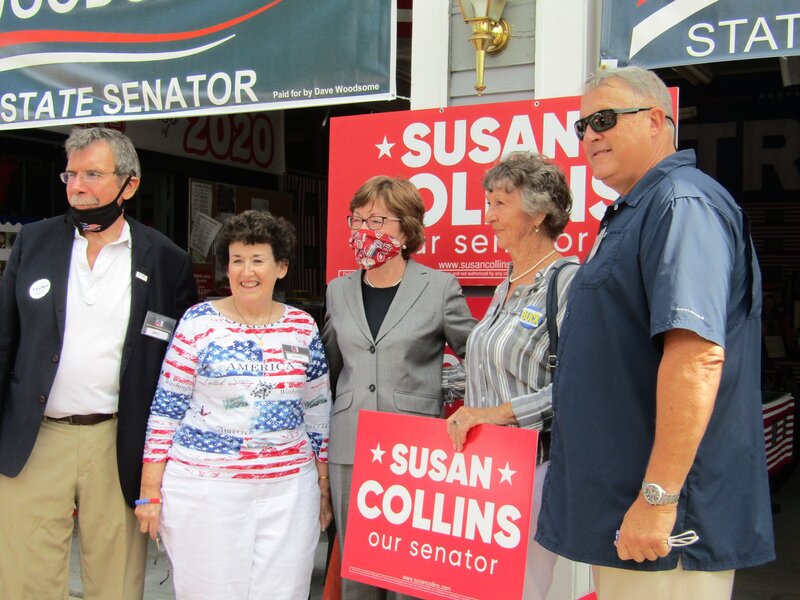 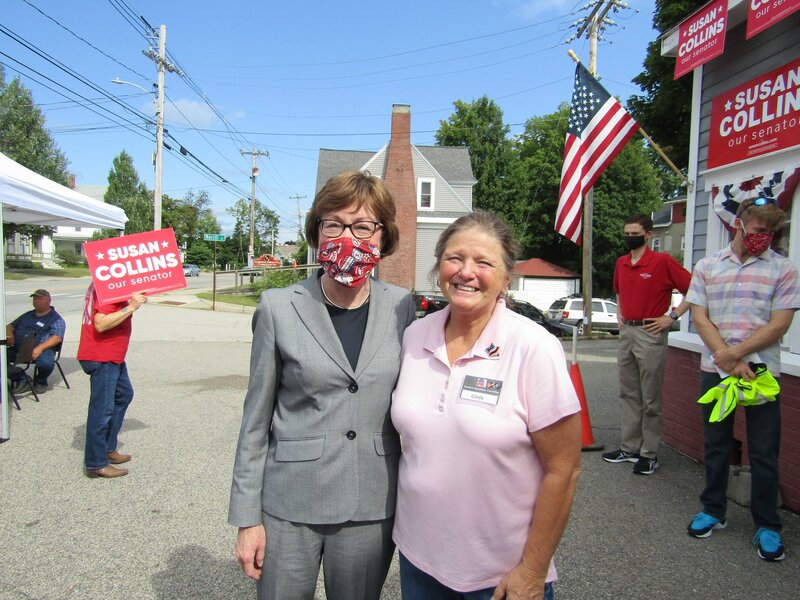 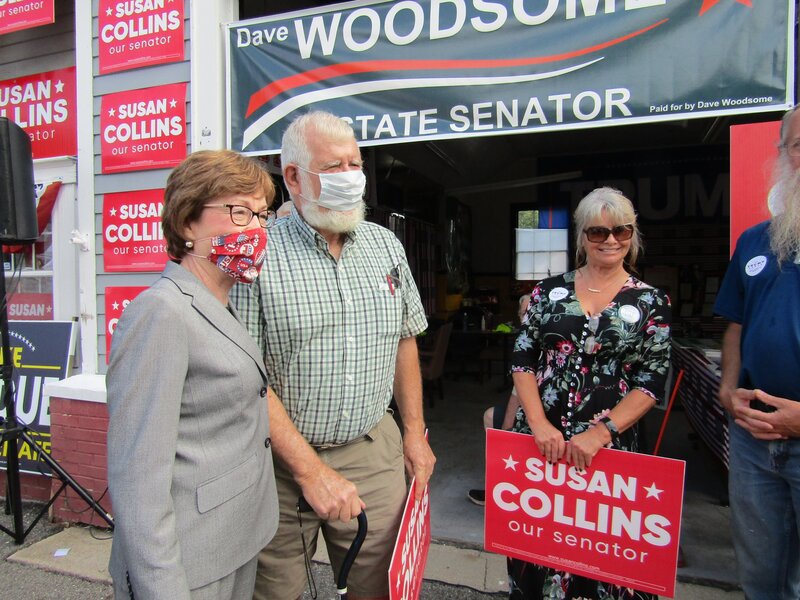 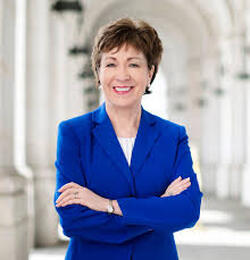 Sanford Republican Committee is excited to announce a meet and greet with:

Come show your support of Senator Collins as she faces the most vile and ruthless out-of-state funded campaign in the history of Maine.

Chuck Schumer and his far-left backers are spending millions of dollars attacking Senator Collins’ record and her integrity.  Is the Maine US Senate seat for sale to these far-left groups? We say NO!

Some topics of importance to be discussed:


The York County Republican Town Committees are invited to send notices of their meetings and town events to communications@yorkgop.org so they can be posted on our website and Facebook page and broadcast to Republicans throughout York County by email. ​

Click on this link for the Inaugural event schedule

What a great nation this is and what a treasure the peaceful transfer of power is for the people of this blessed country, and the entire world.  This is an historic day in the best tradition of Maine.

We have today sworn an oath under the United States Constitution.  Article II, Section1, of that cherished document reads, “Each State shall appoint, in such Manner as the Legislature thereof may direct, a Number of Electors….”  In Maine the Legislature has enacted law to allocate our Electors by congressional district.   The same law that appointed each of us also binds each of us today to vote in accordance with the expressed will of those who put us here.

Voltaire said, “Doubt is not a pleasant condition, but certainty is an absurd one.”  None of us knows how the next four years will unfold.  Very few predicted the last four months.

Today my vote gives voice to the people of Maine's Second Congressional District, and I speak for those everywhere who have been forgotten or left behind by our ruling institutions. Yes, there is fear about the future.  But believe the vote of my 2nd District neighbors during this election was filled with hope and optimism.

With this election they are hoping that Maine's small business job creators who have been crushed under a heavy tax burden and strangled by thick bureaucratic red tape will have a chance at prosperity.

They hope that the exodus of Maine jobs shipped to the corners of the earth will end with new trade deals where Maine's, and America's, workers are at foremost not an afterthought.

They hope to curtail the unholy collaboration between unfettered government and big business in the name of “globalism,” which has not delivered the uplifting prosperity that was promised.

They hope to reclaim control of the 1/6 of the American economy commandeered by the control of the federal government in the name of affordable health care, that’s proven anything but.

They hope to keep more of their hard earned income instead of continuing the punishing extraction of more wealth from the American economy which has occurred these past 8 years than at any time in American history – all the while amassing a record national debt of $20 trillion that our children and grandchildren will have to pay for.

They hope to honor our brave American Veterans and provide them with the respect and care they deserve.

They hope to create a legal immigration system that works for America rather than bringing unvetted refugees into our nation and our neighborhoods.

They hope that Americans with deeply held beliefs and principles of faith that govern their sovereign lives will be respected rather than attacked, dragged through the mud, and forced to pay for litigation to defend their livelihoods.

Friends, fellow Mainers and Americans – our nation, our interests, and our children's future prosperity have not been well cared for.  They hope for change and a better future for our nation.

On November 8th the voters of Maine's Second Congressional District cast their ballots overwhelmingly for the candidate who promised to put American Veterans, American Workers, American Business, American Families and American Interests first, here and around the world....

The candidate who clearly laid out a plan to restore the promise of the American Dream, and to return common-sense principles to the governance of this great nation...

The candidate who will work day and night, 365 days a year to Make America Safe, Proud, Prosperous, and Great Again...

Today, on behalf of the forgotten people of Maine’s Second District, I, with hope in my heart, humbly cast their vote for Mr. Donald J. Trump for President of the United State of America.